On September 15, N-iX, one of the largest IT companies in Ukraine, officially opened an office in Ivano-Frankivsk.

The company’s office is located in the city center at the address Belvederska, 10a on the top two floors of the newly built office center. The office space is designed for 40 workplaces and has an open terrace on the roof as well as a special area for the IT community events.

“In August, we celebrated the 20th anniversary of the company and crossed the threshold of 2,000 specialists. Since the beginning of the year, the number of engineers in our hub in Ivano-Frankivsk has increased, and already has almost 50 specialists.

We expect to double our presence in Ivano-Frankivsk over the next year, and opening our own office is part of our growth plan in this region.” 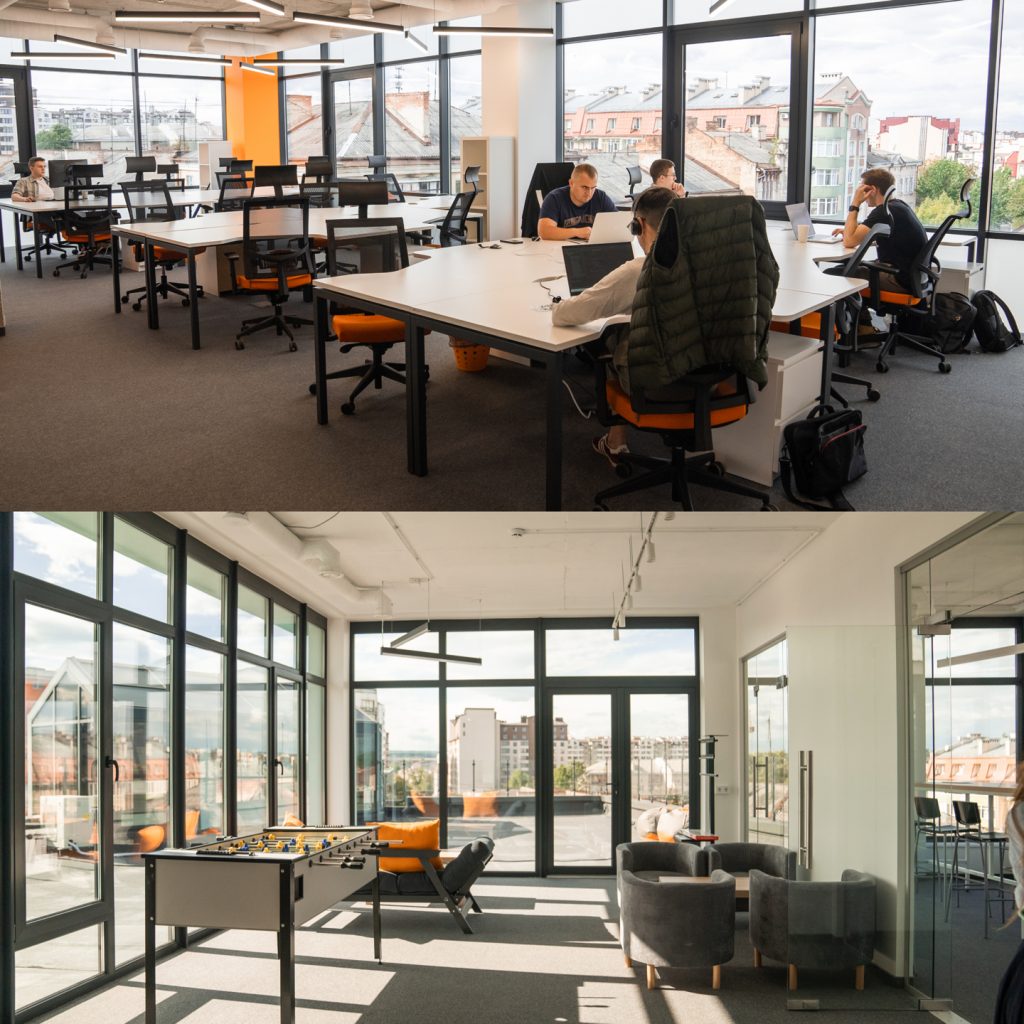 On the occasion of the new office opening, in cooperation with the Ivano-Frankivsk IT Cluster, N-iX organizes a series of charity events for the development of the local IT community – N-iX Autumn Charity MeetUps.

Every Thursday, from September 28 to October 6, N-iX holds offline meetings for the IT community at the office. The events should be interesting for developers and project managers who are developing professionally and ready for new challenges.

The number of places for the offline event is limited. The online broadcast is available for all registered users.

You can register to participate in the N-iX Autumn Charity MeetUps at the event page on Facebook.

28.09 – Yaroslav Mota: What is software architecture?

29.09 – Marta Beznos: Inefficient querying. Is Entity framework the one to blame?

In addition to knowledge exchange and networking, the meetup series also has a charity mission. Ivano-Frankivsk IT Cluster together with N-iX set the goal of equipping 30 workplaces in the computer laboratory in the Ivano-Frankivsk Regional Center for Social and Psychological Rehabilitation of Children. About 50 orphans, including those from the frontline areas, will study in this center. The charity goal is ₴100,000.

N-iX is an international software development service company that helps businesses across the globe develop successful software products. Founded in 2002, N-iX has come a long way and increased its presence in eight countries spanning Europe and the US. Today, N-iX is a strong community of 2,000+ professionals and a reliable partner for global industry leaders and Fortune 500 companies.

About Ivano-Frankivsk IT Cluster:

Ivano-Frankivsk IT Cluster is an IT community that has been working since 2015 to develop the IT industry in Ivano-Frankivsk and the region. Today, the Cluster has united 33 participants and partners, including the largest IT companies of Ukraine and local IT businesses.

Ukraine’s largest IT “Unconventional” corporate party raised ₴9,500,000 for the Armed Forces
N-iX Game & VR Studio launches the Unreal Engine Training Course
N-iX is growing in Bulgaria
We use cookies to improve your experience and our services. By clicking Agree you accept our Privacy and Cookies Policy
I agree